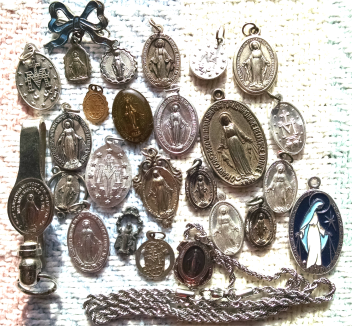 In 1830 France, our Blessed Mother went out of her way to design a medal for us earthlings. That’s right: there’s a medal in our Catholic Christian heritage that originated from Heaven–truly out of this world.

Popularly known as the Miraculous Medal, the Medal of the Immaculate Conception (Nov. 28th feastday) has the reputation of working wonders for those who live or seek a life of faith in Jesus Christ. Basically, the medal is a sign we can wear to remind us who our Mother is, what it means to be her children, and how to follow her Son–our Lord. I myself have worn the same Miraculous Medal for over five years now; I intend to wear it for the rest of my life. I’m sure I will eventually know how this sign of faith has helped me, but for now, let me share how it has truly been miraculous for these two sons who did not know her Son:

So there! Two testimonies about why you don’t meddle with this Medal. It’s connection to the super-saint (Mary) means you should respect it, wear it, and pray it. In fact, it’s probably my most often used prayer, and I customize it most of the time, replacing the us with any specific names of persons I know who need her prayer and power. Example: O Mary, conceived without sin, please pray for Pope Francis who has recourse to thee.

And now allow me to introduce Rosa Mystica Medals, a small family business based in Atlanta, GA that salvages and recasts replicas of traditional medals so that we can enjoy them today (they definitely make medals like they used to!). Rosa Mystica was kind and generous enough to send me a sterling silver antique Miraculous Medal to review, and I must say that I am very impressed with the quality of the cast (made in Murica). Please visit their site and have a look at their extensive collection, and pray for their continued success!

Because of all the hoopla about Miss “Universe”

The Immaculate Conception is when Mary — the Mother of God — was conceived in her mother’s womb… Saint Anne’s womb, and Mary was conceived immaculately [without Original Sin].

But that’s where the misunderstanding happens. Instead, we have understood it this way: that God is eternal, He is outside of time, not restricted or confined by minutes, months, and millenia. An author who writes a story is also outside of the story, not restricted or confined by the pages, chapters and plot outline. The author can flip to the end, whip back to Genesis, think before Genesis, jump all over the middle, and even simultaneously be fifty-five chapters past the finale and through the sequel! A timeline is a toy! And all the different versions of a draft are like alternate dimensions.

This is exactly the analogy of what God did for Mary. Knowing that Jesus was going to redeem Creation, God used the after-effects of the Passion and Resurrection of Christ and applied the goodness to Mary before she was even born, at her very conception. Mary was vaccinated against Original Sin. (Better yet, it’s sort of like the fantasy of sending a cybernetic organism back in time to change history by protecting a certain person from all danger: aka Terminator 2!)* We believe God is so beyond space, time and quantum mechanics that He not only did this for Mary, but that it was easy and even appropriate!

Why appropriate? Just ask yourself: If you were God, wouldn’t you have made your mommy perfect? And if God didn’t make Mary immaculate, then wouldn’t you wonder why not? After all… couldn’t He have done it? Didn’t He think that His only Son — the King of kings — should have a Queen Mother who matches His royalty?

[St. Anne Icon by the talented Theophilia on DeviantArt. Click the pic to visit her page for more!]

*Hear me out: Sarah Connor is the mother of the savior (John Connor) of mankind in the future war against Skynet. In the future, after John routs the machines, they become desperate and send a terminator back in time to destroy his mother before he is conceived. John knows this and sends a guardian back in time to protect his mother from harm.

In Catholic belief: Mary is the mother of the savior (Jesus) of mankind in the age-old war against sin and Satan. In the future, after Jesus dies and rises from the dead and thereby routing all Hell, He sends His grace and power of redemption back in time to protect His mother from harm (sin) at the point of her conception. Thus tada: Immaculate Conception

Not a perfect analogy, but too close to be a coincidence! 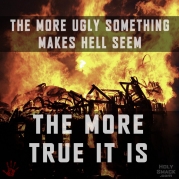 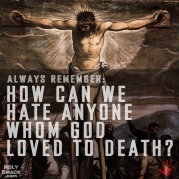 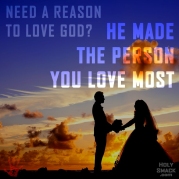 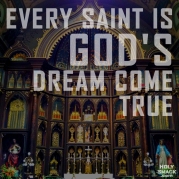 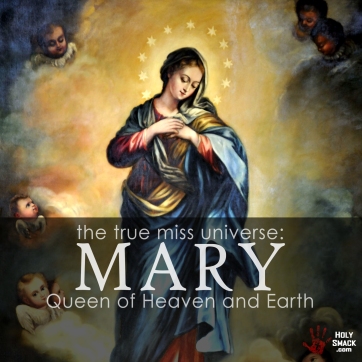 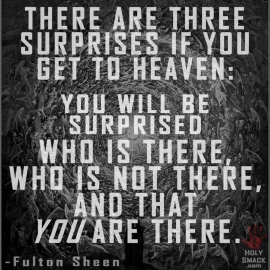 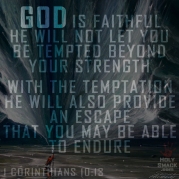 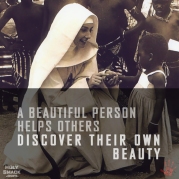 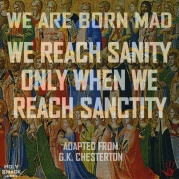 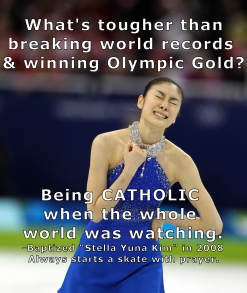 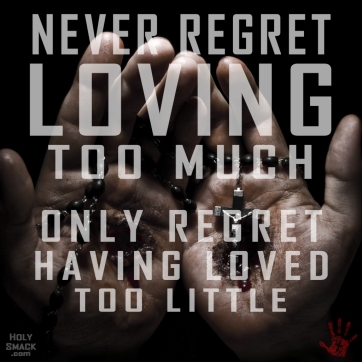 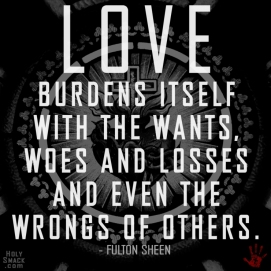 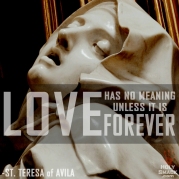 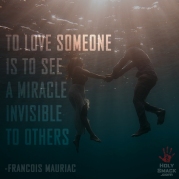